You are here: Breed > Knowledge > Dog training and treats 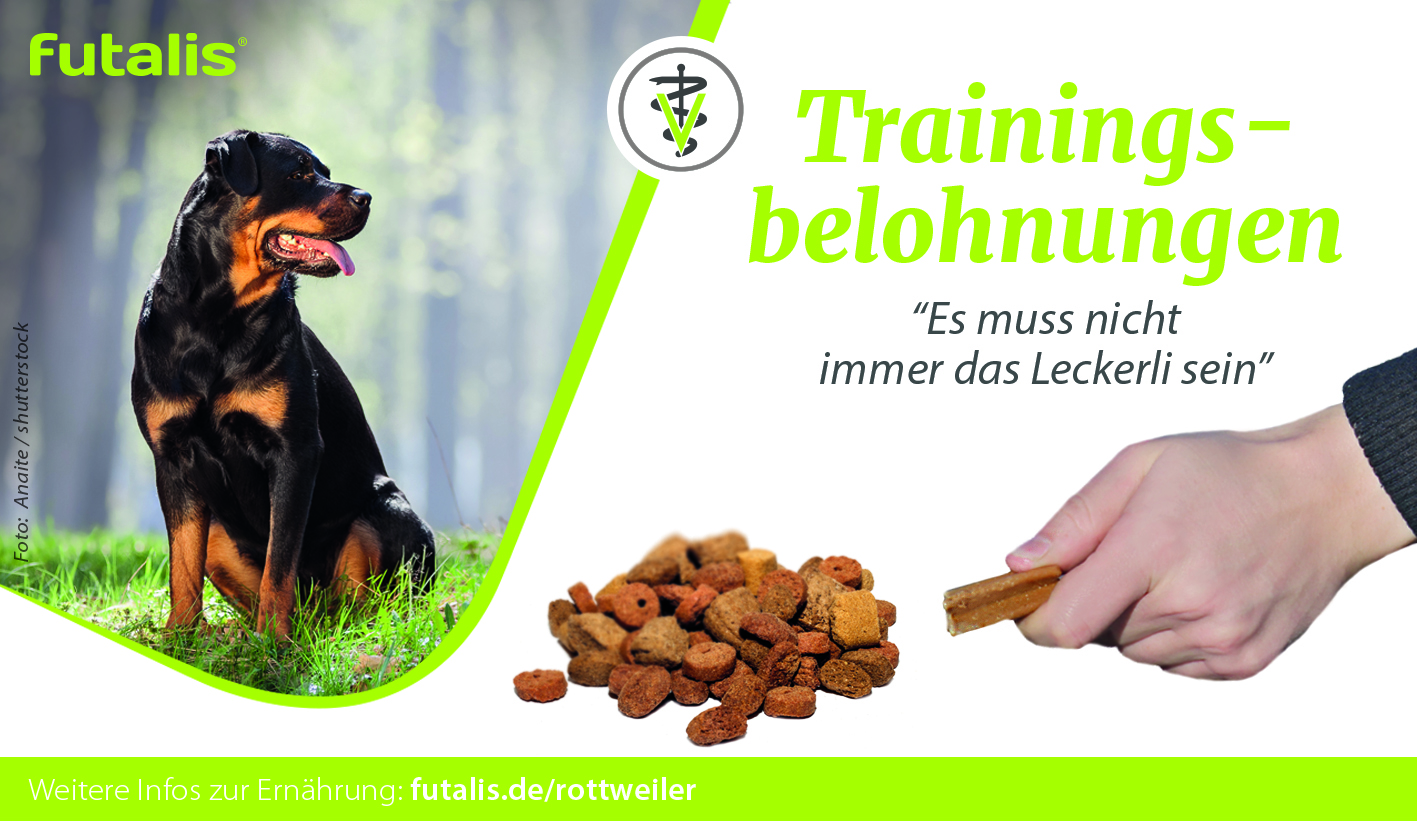 Whether at the "seat" or "place", agility, dogfrisbee or simply during a walk: the majority of dog owners reward their dog with food. Does that make sense? What should be considered when giving treats and what reward alternatives are there? We have dealt with the controversial topic.

Reward the dog with food during training

Young dogs in particular cannot concentrate for long during dog training. Therefore they have to be motivated to do exercises attentively and to learn new commands. Most dogs react best to a reward in the form of food. If the dog does not take any food during training or a walk, this should be a stress warning for the handler. In this case it should be examined how the training situation and the environmental conditions for the dog can be better arranged.

In any case, care should be taken to actually reward and not lure the dog. This means that the food is used as a reward immediately after the exercise and is not held in the hand beforehand to produce the desired behaviour in the dog.

Other forms of reward

A reward does not always have to be given in the form of food. In fact, dogs can be rewarded in many ways. Instead of a treat, dogs can also be rewarded with toys, a distortion, a free run, a game with the dog handler, caresses or the owner's voice. Here you first have to try out what kind of reward the dog works best with. However, if the four-legged friends have toys at their free disposal every day and are often petted and addressed, the training success with these motivations is often more difficult.

If the dog owner lacks the ideas for reward variants, he should simply pay attention in everyday life to what the dogs enjoy: The search for treats? The common race with the owner? Which toys does the dog prefer to play with? In order to reward the dog more diversely in everyday life, it can make sense to write down a Top 10 list with the most popular rewards in order to have them in your head as well.

Reward according to the dog's motivation

Ideally, the dog is rewarded according to his motivation. If, for example, the dog is called up from a game with fellow dogs, it can be rewarded with a game with the dog handler. Or if he leaves a game trail behind, he can chase after a food bag from which he can then eat. It is not possible to generalize which reward fits which dog. Depending on the dog and the situation, the ideal reward can vary.

Food Rewards for Dogs: What to consider?

The gift of food should motivate the dog, but it should remain concentrated. It is also a good idea to choose food that is not too small, too big or too hard during exercises. A reward adapted to the dog's size is best, so that he doesn't have to chew too long. It is also important to reward very quickly. If the dog executes a command correctly, the reward should be given within two seconds so that he can link the behaviour with the command. Puppies and young dogs should be rewarded for correct behaviour very often, later the use of food can be reduced.

Rewards and normal meal: Is my dog getting too much?

If food is used as a reward in addition to the daily ration in the bowl, the dog absorbs additional energy. In order to avoid mistakes and overweight and their consequences, the rewards should be taken into account during feeding and deducted from the daily ration.

For dogs that are prone to skin, tooth or joint problems, reward articles with functional supplements are already available that promote certain areas of health through special ingredients.

Working with the feed dummy is also recommended. Since the feed dummy can be easily filled with the daily ration of food, overweight due to an increased energy and nutrient intake is avoided, the dog is physically and mentally occupied by exercises with the dummy and can be quickly rewarded from it.

Do you have a question?

Under m.haense@futalis.de you can ask me gladly further questions approximately around the healthy nutrition of your Rottweiler. I will do my best to answer all your questions as soon as possible. I will publish the most interesting cases in a further question answer section in this magazine.