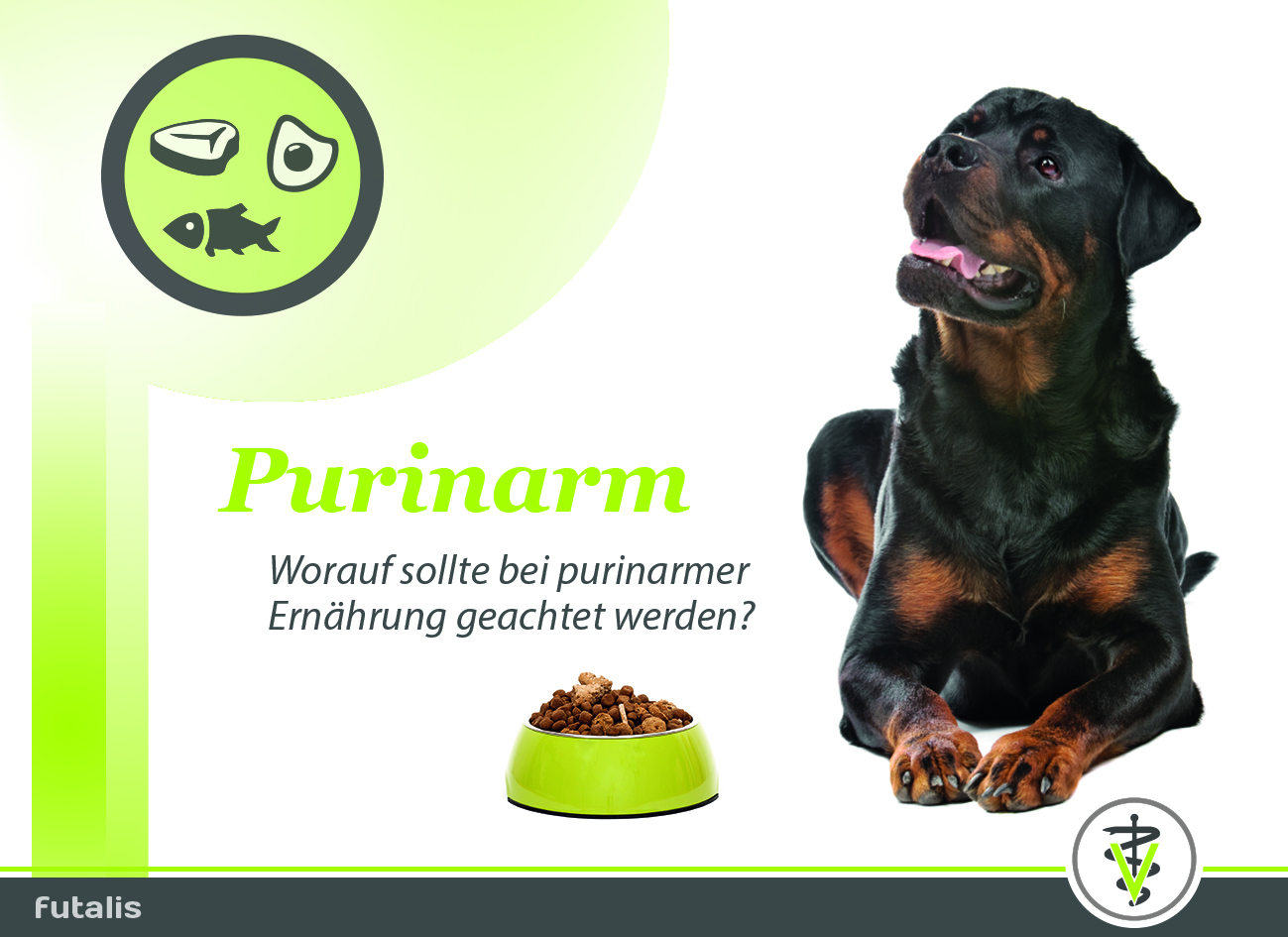 "My rottweiler has leishmaniasis. My vet says that I should now feed him with a low-purine diet. What does that mean and how can I implement it?"

Purines are the building blocks of genes, i.e. the genetic material in the cells. In the dog's normal metabolism, excess purines are broken down in a similar way to proteins and converted into urea. This is then excreted in the urine. However, when certain drugs, the so-called xanthine oxidase inhibitors, are administered, this degradation of the purines does not work completely and breaks off at the intermediate stage of the xanthines. One of these drugs is allopurinol, which is used in leishmaniasis therapy. It is said to inhibit the proliferation of leishmania, but an increased excretion of xanthine occurs as a side effect. As a result, urinary stones (xanthine stones) can develop and kidney damage can be caused. In order to minimize this risk, a low-purine diet is recommended.

Purines are increasingly found in all cell-rich animal tissues - especially in offal and connective tissue slaughter by-products. In comparison, high-quality muscle meat is somewhat poorer in purines. Certain fish species such as sardines and trout are also rich in purines. Dairy products and eggs, on the other hand, contain only a few cells and are therefore very low in purines. Vegetable feed generally contains few purines, but there are exceptions. Pulses, such as soya, are very rich in purines.

Since the purine content in dog food is not indicated on the package, the content can only be estimated. The protein content is usually used as an alternative indicator, since many protein-rich raw materials are also purine-rich. In order to keep the purine content in the feed as low as possible, innards and meat parts rich in connective tissue should be avoided and instead high-quality protein sources should be used. The meat content should be reduced overall, which can be seen above all in a reduced protein content (below 20%). The protein requirement of the dog must of course still be covered. Dairy products or eggs are a good alternative to meat and can replace part of the ration.

In order to reduce the harmful effect of the excreted xanthine, dogs should also drink sufficiently. Basically, a dog should drink at least 50 to 100 ml of water per kg of body weight every day, more than that when exposed to heat or physical stress. This promotes the early excretion of crystals and inhibits the accumulation of larger particles that could cause urinary tract obstruction. In addition it is to be paid attention in the feed composition that the minerals do not exceed the individual need of the dog, since the increased excretion of certain minerals also promotes the formation of urinary stones. Everything that the dog is fed, including treats, chewing bones or food leftovers, should be considered and checked for suitability for the diet.