You are here: Breed > Knowledge > Nutrition myth: pork for dogs 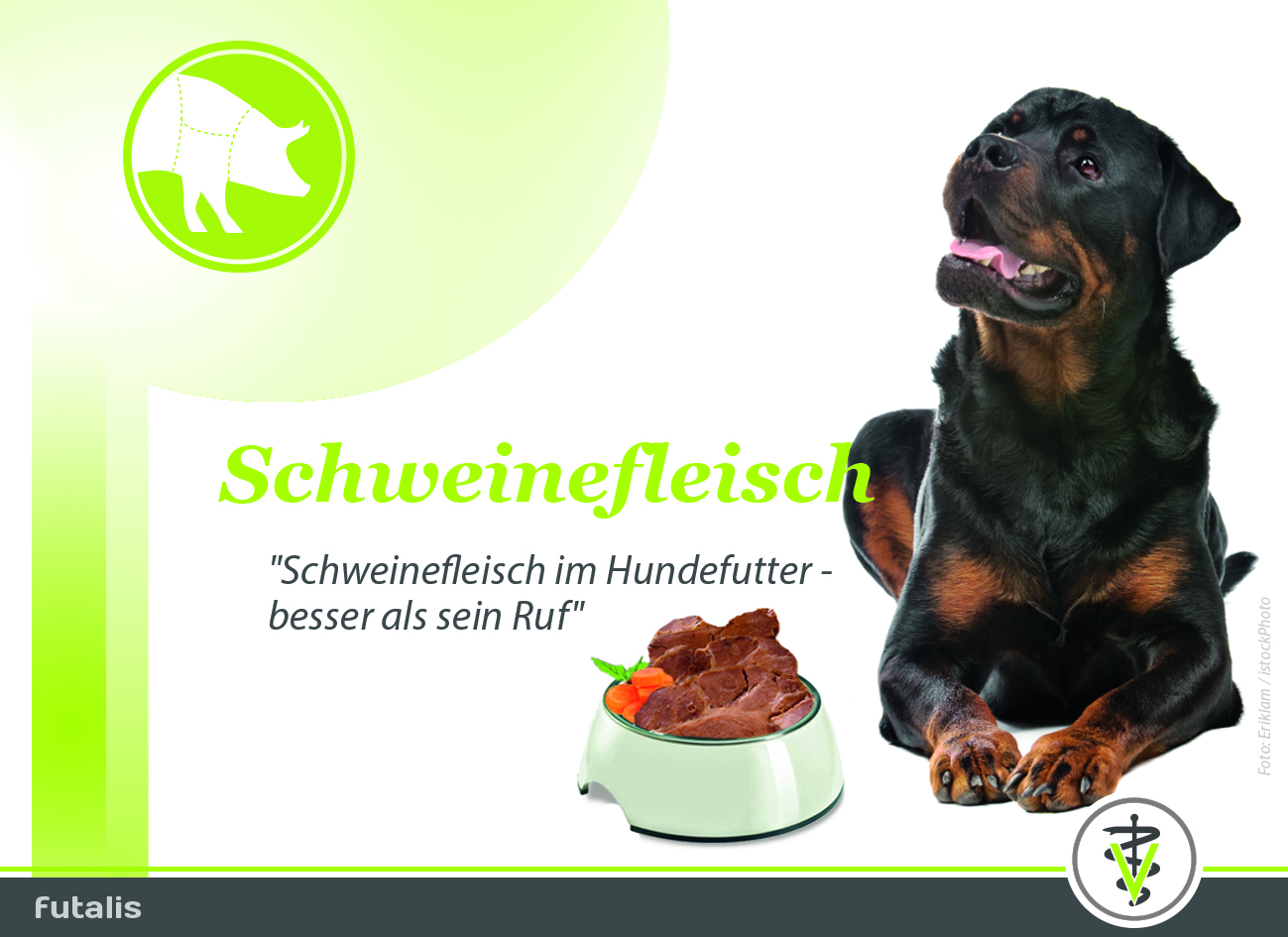 Some people think that pork is not suitable for feeding dogs. Many owners feed their dogs meaty products from pigs, such as dried pig ears or sausages. Considering that dogs in earlier times were fed on food waste, one might wonder why pork is considered dangerous in this day and age. The reports range from a warning against raw pork to a total ban on feeding pork because of its alleged lethal effect. But what is really behind it? What is the truth about the myths surrounding pork and may I not feed my dog pork or other pork products after all? Read the relevant facts about pork here

Yes, it is true, ROHES pork is dangerous for dogs because it can carry the Aujeszky's virus. Aujeszky, also known as pseudowut, is a viral disease whose actual host is the pig, but which - in contrast to humans - causes a deadly disease of the central nervous system in dogs, similar to rabies. For this reason, meat, offal and other parts of the pig should never be fed raw to dogs. In principle, however, meat of other origins should not be fed raw, as there is also a risk of infection with salmonella and other germs, for example.It is different with heated meat. Sufficient heating with effective killing of the Aujeszky's virus is guaranteed if the meat has been completely thoroughly heated, i.e. no raw, pink inner core remains. After cooking or frying the meat there is no danger for the dog any more. Dry or canned food is also heated sufficiently during the production process.

The composition of fatty tissue, the so-called fatty acid pattern, is influenced, among other things, by feeding - in pigs as well as other animal species. In general, animal fats should not be fed to the dog in excess, rather a supplement with high-quality oils is recommended, which are obtained from the fatty seeds of certain plants or from fish. These contain a large amount of essential fatty acids such as linoleic acid or Omega-3 fatty acids

. The latter are mainly found in linseed oil

or fish oil in large quantities. They stabilize the skin barrier against environmental influences and ensure a healthy, shiny coat. Omega-3 fatty acids

are also known for their anti-inflammatory effect. In animal fat - no matter whether pig, beef or poultry - these useful fatty acids are only contained to a lesser extent

Also the protein composition does not differ substantially from other animal species. Animal muscle meat generally has a very good amino acid pattern and is therefore highly digestible and produces hardly any waste products. The same applies to pork. Hardly digestible proteins, however, are found in plant feeds, but also in connective tissue animal products - for example in chews from skin, ox pizzles, pig ears or innards rich in connective tissue (stomach, intestines).

Purines are the components of the genetic material (DNA) in the cell nuclei of body cells. The degradation of these purines in the body is disturbed in certain dog breeds such as the Dalmatian, but also in other breeds where certain diseases are present (for example during leishmaniasis therapy with allopurinol). Instead of urea, which can easily be excreted in the urine, uric acid is formed, which precipitates in the urine to urate crystals and thus promotes the formation of urinary stones. Feedstuffs rich in purine are those which contain a particularly large number of cell nuclei. These include, for example, offal and skin. It is often claimed that pork is particularly rich in purines. However, the content in muscle meat is just as high as in beef, for example, and only slightly higher than in poultry meat. For this reason, the meat content for a low-purine diet should generally be reduced. Offal, skin and certain types of fish should be avoided altogether. Low-purine feeds, on the other hand, are eggs and dairy products. These can replace part of the meat in order to ensure the supply of proteins despite a low-purine diet.

Question 4: Does pork cause allergies?

Pork, like any other source of protein, can naturally cause allergies. However, it is beef or poultry meat that causes allergic reactions more frequently. In principle, the likelihood of an allergic reaction depends on whether a dog has ever eaten a particular food. If a dog has not yet received any pork meat in his life, he will not have developed an allergy to it. Building on this principle, we use protein sources that have never been fed to a dog before to diagnose an existing allergy problem by improving the symptoms after feed conversion (elimination diet), or even as a therapeutic agent with good tolerance. Pork is often well suited for this purpose, as it is fed less frequently to dogs than other types of meat.

Caution is advised when diagnosing a feed allergy: only a professional elimination diet (over several weeks) is suitable for this. Blood tests, on the other hand, give only rough indications and can only be used to exclude an allergy to certain feedstuffs, but not to diagnose the presence of an allergy.

Due to its rare use, pork is usually suitable for allergy sufferers. Sufficiently heated and unseasoned pork products can be fed to dogs without hesitation. A balanced daily ration that covers the individual nutritional requirements of the individual dog is crucial.