You are here: Breed > Knowledge > Chocolate 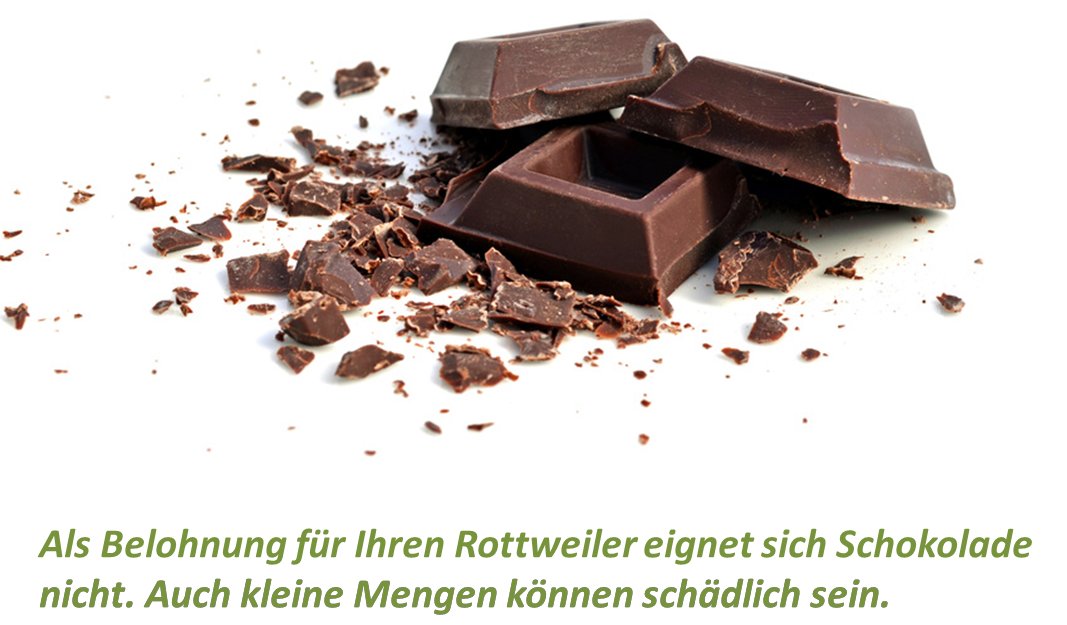 "My Bennie yesterday ate a bar of chocolate in my absence. Now I have often heard that chocolate is poisonous for dogs. I'd like to know if chocolate consumption is really dangerous for my dog and what I should do when he has consumed some again"?

The opinion that the dog avoids on its own what it does not get is widespread. Unfortunately, dogs taste many foods that can become dangerous if they consume too much. Chocolate is also one of them.

The reason for the health-damaging effect of chocolate is the theobromine contained in cocoa. Like nicotine and caffeine, this chemical compound belongs to the group of methylxanthines. Humans have an enzyme to break down these substances. As the dog lacks this enzyme, it can only slowly excrete the theobromine from the intestine after absorption. Thus the consumption of chocolate has a different effect in dogs than in humans.

A bar of dark chocolate contains up to 1,000 mg theobromine, block chocolate or dark chocolate even more. The deadly dose for the dog is 300 mg/kg body weight. Thus it becomes highly dangerous for a small Yorkshire Terrier already with half a bar chocolate, for Rottweiler it is already more difficult a lethal dose to take up. As a rule of thumb, the lighter the chocolate, the less theobromine it contains and the less dangerous it is for the dog. But even smaller amounts can lead to problems. Symptoms include wheezing, restlessness, muscle tremor, tachycardia and seizures.

Regular administration of seemingly harmless amounts can also be dangerous: Chronic signs of poisoning can occur. Studies have shown that fibrous changes in the heart and cardiomyopathy of the affected dogs occurred after several months of theobromine intake.

Therefore, it should be strictly observed that your dog has no possibility to consume larger amounts of cocoa-containing food and also the regular administration of chocolate as a treat must be strongly discouraged. If your dog has accidentally ingested a critical amount, consult your vet. He will make the dog vomit and administer activated carbon to reduce the absorption of theobromine.

In the case of our reader, caution is advised. If a full-grown, healthy Rottweiler eats a bar of chocolate, it is not yet life-threatening. One should observe the dog however exactly. As soon as he shows a conspicuous behavior, the way to the veterinarian is to be recommended.

Besides chocolate there are other foods that can be dangerous for dogs. I would like to give an overview of this in the next issue.

Do you have a question?

At stefanie.schmidt@futalis.de de you can ask me further questions about the healthy nutrition of your Rottweiler. I am endeavoured to follow all inquiries as fast as possible. I will publish the most interesting cases in the question-answer section.